6 Reasons Why We Love the Attractions at Galaxy’s Edge

On August 29 at Hollywood Studios, the opening attractions at Galaxy’s Edge will transport Disney guests, Jedis, and Siths alike to the planet Batuu and into the village of Black Spire Outpost.

Black Spire Outpost features many of the famous landmarks from across the Star Wars Galaxy: X-Wings and Tie Fighters, a full-scale replica of the Millenium Falcon, and a bevy of costumed cast members.

After opening night at Disneyland, Lucas said Galaxy’s Edge “will change your life.” So while you’re counting down the days until your life-changing adventure across Batuu, take a look at six reasons why we love the attractions at Galaxy’s Edge before it’s even open.

1. Take a ride on the galaxy’s fastest hunk of junk

Sure, Luke Skywalker is the ultimate good guy. He saved the galaxy, destroyed the Death Star, and piloted an X-Wing.

But as kids, everyone wanted to be Han Solo.

Millennium Falcon: Smugglers Run is currently the land’s lone operating ride. Guests jump into the cockpit of Han’s ship and travel through hyperspace into a world of adventure, and danger.

Before boarding, six riders are assigned one of three doubled-up tasks: pilot, engineer, or gunner.

The right pilot controls the up-down movement while the left pilot moves the Falcon left and right. If the Millenium Falcon takes damage because of a pilot error or a stray laser blast from another ship, the engineers must press a series of flashing buttons and levers to fix anything that breaks. As gunners, there are two ways to play this role: manual and automatic. Automatic is great for kids because the ship aims for them. Manual requires gunners to aim well and shoot smart. Accuracy counts towards the ride’s overall score.

Jennifer Fickley-Baker of the Disney Parks Blog explains,  “How [guests] perform on the mission holds even bigger stakes: perform with skill, and you may earn extra galactic credits while bringing the ship back banged up could put you on the list of a bounty hunter. End up on Harkos’s list, and you may face a problem if you show up at the local cantina.” In other words, the success or failure of a guest’s mission aboard the Millennium Falcon matters to a guest’s overall experience long after the ride.

2. The DIY Galaxy’s Edge attraction: Build your own lightsaber and droid

To be a Jedi, one must become one with the force. What’s the point if you don’t have a lightsaber to fling around? At Savi’s Workshop, future Jedis and Siths alike have an opportunity to build their own lightsaber (for the price of $199).

Each lightsaber consists of a sleeve, an emitter, a pommel cap, and an activation plate. When the lightsaber’s hilt is complete, guests take part in a ceremonial lighting of the blade where a cast member connects the 31” toy blade to the lightsaber.

Note: Savi’s Workshop requires a reservation. Plan for the experience to take around 20 minutes, and you will need to arrive 15 minutes early.

For families looking for something a little bit different than a lightsaber, but still want to build something Star Wars related, head over to the Droid Depot. For $99, you can make a custom BB-series or R-Series droid.

At the parts station, builders pick from a variety of parts rolling by on a conveyor belt. After choosing the droid’s components, guests move on to build station where they are given a placemat with instructions on how to assemble their unique BB- or R-Series.

With a completed droid in hand, a cast member will be paired with a remote control and ready for travel across Black Spire Outpost.

From Blue Milk (Blue Bantha) to T-16 Skyhoppers (Tito’s Handmade Vodka, Bols Melon Liqueur, Kiwi, and Half and Half), Oga’s Cantina is the home for smugglers, bounty hunters, and Galaxy’s Edge guests who want to indulge in an alcoholic drink or three.

Don’t forget: your ride on the Millennium Falcon will affect your experience here, so do that first.

4. Your phone turns into an interactive datapad

The Disney Play App is an interactive mobile app designed to entertain guests while waiting in line. Depending on location, the app gamifies the queue experience with Disney trivia questions or plays music from nearby attractions.

But inside the walls of Black Spire Outpost, the Disney Play App transforms into a Datapad, supplementing all guest interactions with Galaxy’s Edge attractions.

Each completed task offers digital rewards in return, such as ship schematics or star maps. How you complete specific missions decides which side are you on: are you loyal to The First Order or a part of the Resistance.

The expectation is that over time, the choices you make with the Datapad will follow you throughout the Black Spire Outpost. Imagine personalized interactions with patrolling Storm Troopers or better yet, be assigned specialized top-secret missions to uncover Galaxy’s Edge’s hidden easter eggs.

The Disney Play App’s launch received mixed reviews with complaints about bugs and limited functionality throughout the park. Disney heard those complaints and made it that to experience everything the Imagineers hid inside Black Spire Outpost, Disney made the play app a must-have.

5. Get ready: the resistance is coming!

The second ride to open inside Galaxy’s Edge, Rise of the Resistance, has been described by Imagineers as “among the most technologically advanced and immersive attractions Disney has ever created.” Unfortunately, it won’t open until December 5, 2019.

Reports suggest that the trackless attraction will have guests climb on and off their vehicle at various parts of the ride to interact with hundreds of new animatronics.

Careful: riders are prone to come face to face with Kylo Ren himself.  Imagineer John Georges added that inside the massive show building will be two full-scale AT-AT’s. Now that’s immersive storytelling.

Expecting to open in time for Walt Disney World’s 50th Anniversary in 2021, Star Wars: Galactic Starcruiser hopes to deliver the galaxy trekking fantasy to Star Wars fans have been imagining since the 1980s.

Disney’s official description reads “Star Wars: Galactic Starcruiser will be a new, first-of-its-kind vacation experience where guests will check-in for a two-night adventure aboard a glamorous starship. Once onboard, guests will interact with characters and become active participants in stories that unfold around them on their galactic journey.”

At D23, the model of the Halcyon ship (the backstory name for the cruiser) sits next to a scaled model of the Millenium Falcon. As you can tell from the picture below, Star Wars: Galactic Starcruiser is going to be massive.

From the land’s immersive, interactive features (Savi’s Workshop, Datapad) to Batuu’s innovative redefinition of a theme park (Rise of the Resistance and Star Wars: Galactic Starcruiser), we already know that we love Star Wars Galaxy’s Edge.

Are you excited to visit Galaxy’s Edge? What Disney franchise should have their own dedicated land next? Let me know in the comments!

Garrett Carlson is the founder of dudefluencer.com, an online men's magazine dedicated to publishing articles around positive masculinity and men's self-care. A graduate of the Johns Hopkins Non-Fiction writing program, he loves to break traditional storytelling norms intermixing personal narrative, comedy, and research to talk about men's issues. Garrett currently lives in Northern Virginia with his wife, two cats, and Icelandic Sheepdog, Orla. 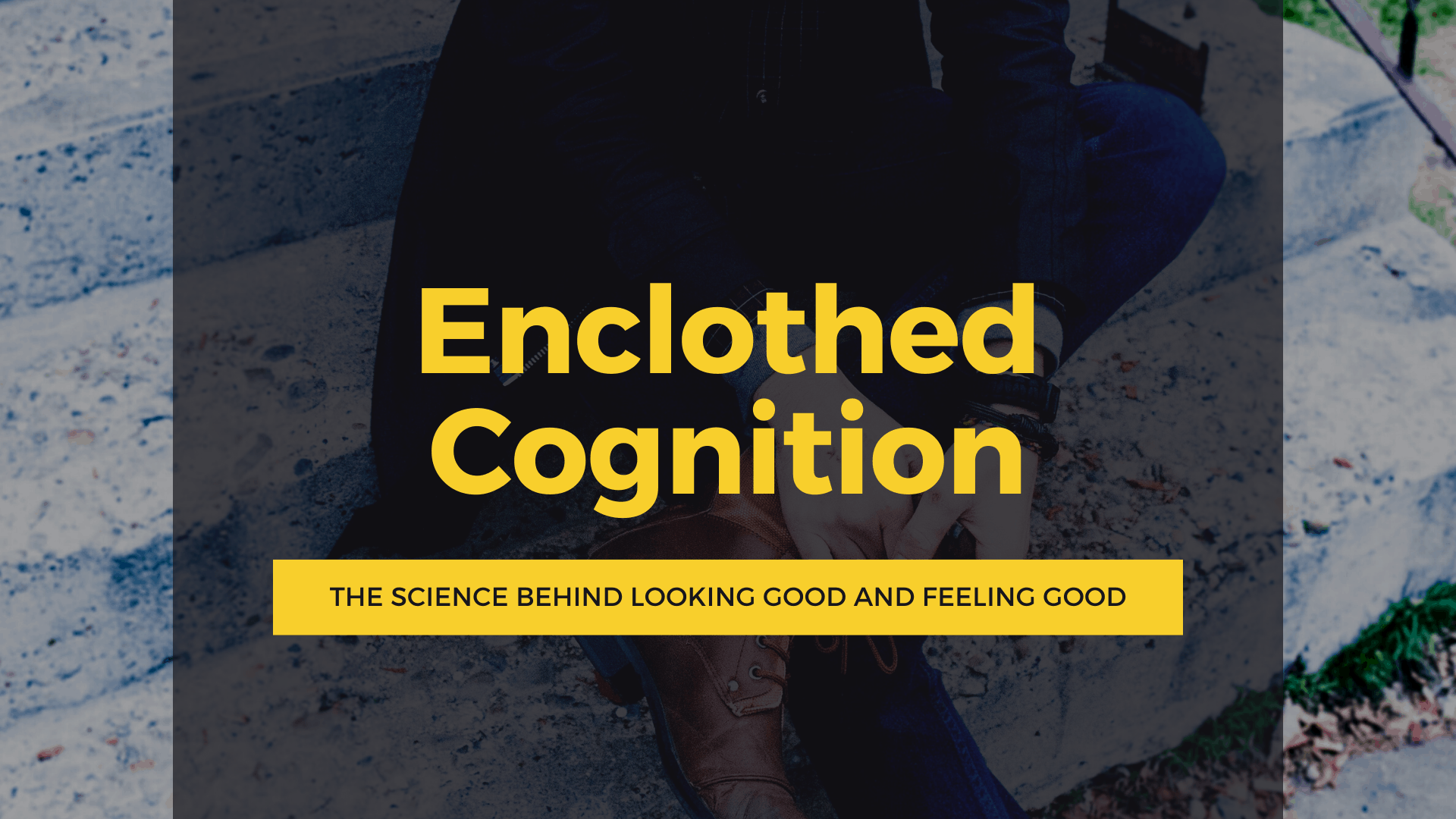 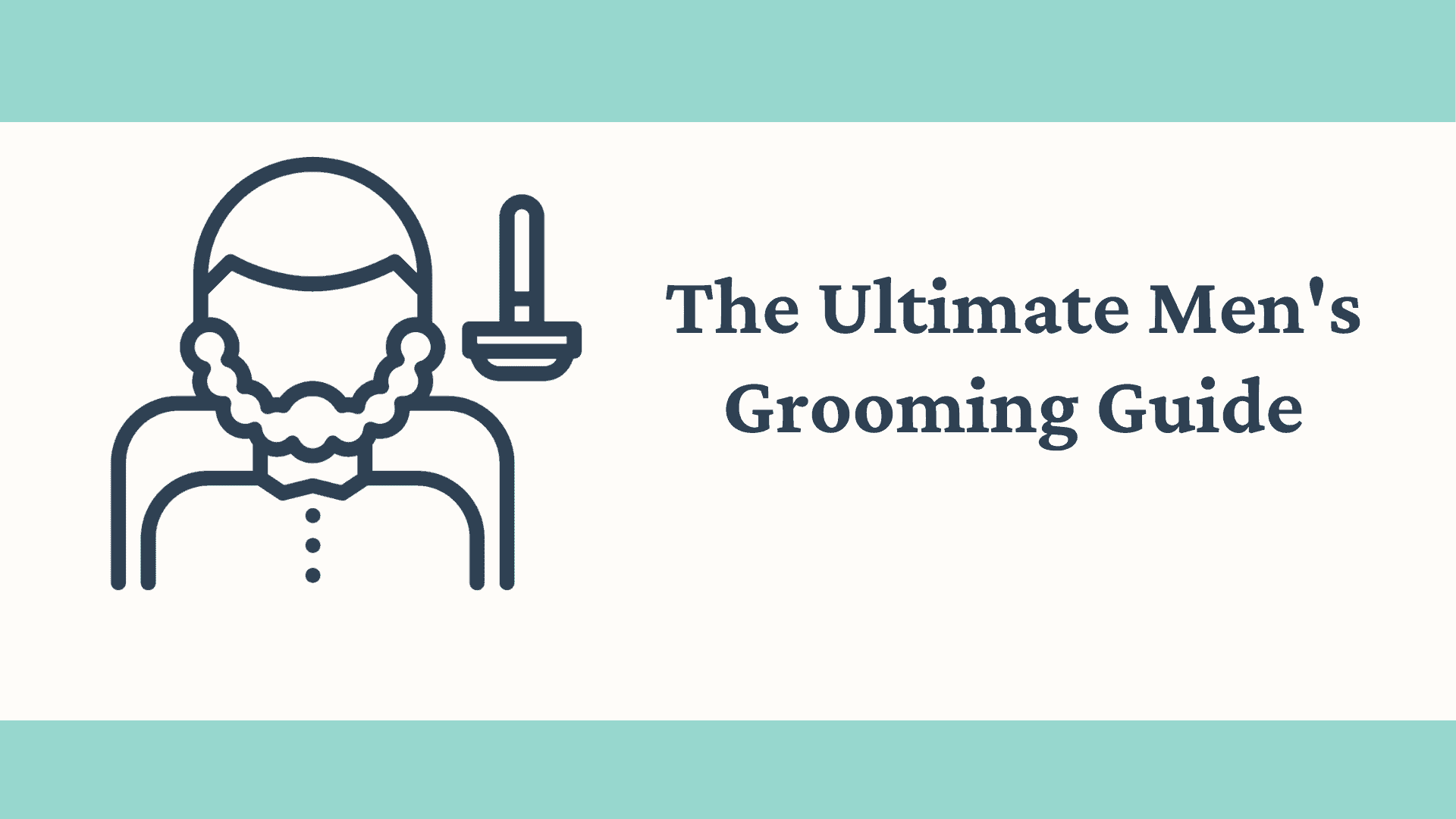 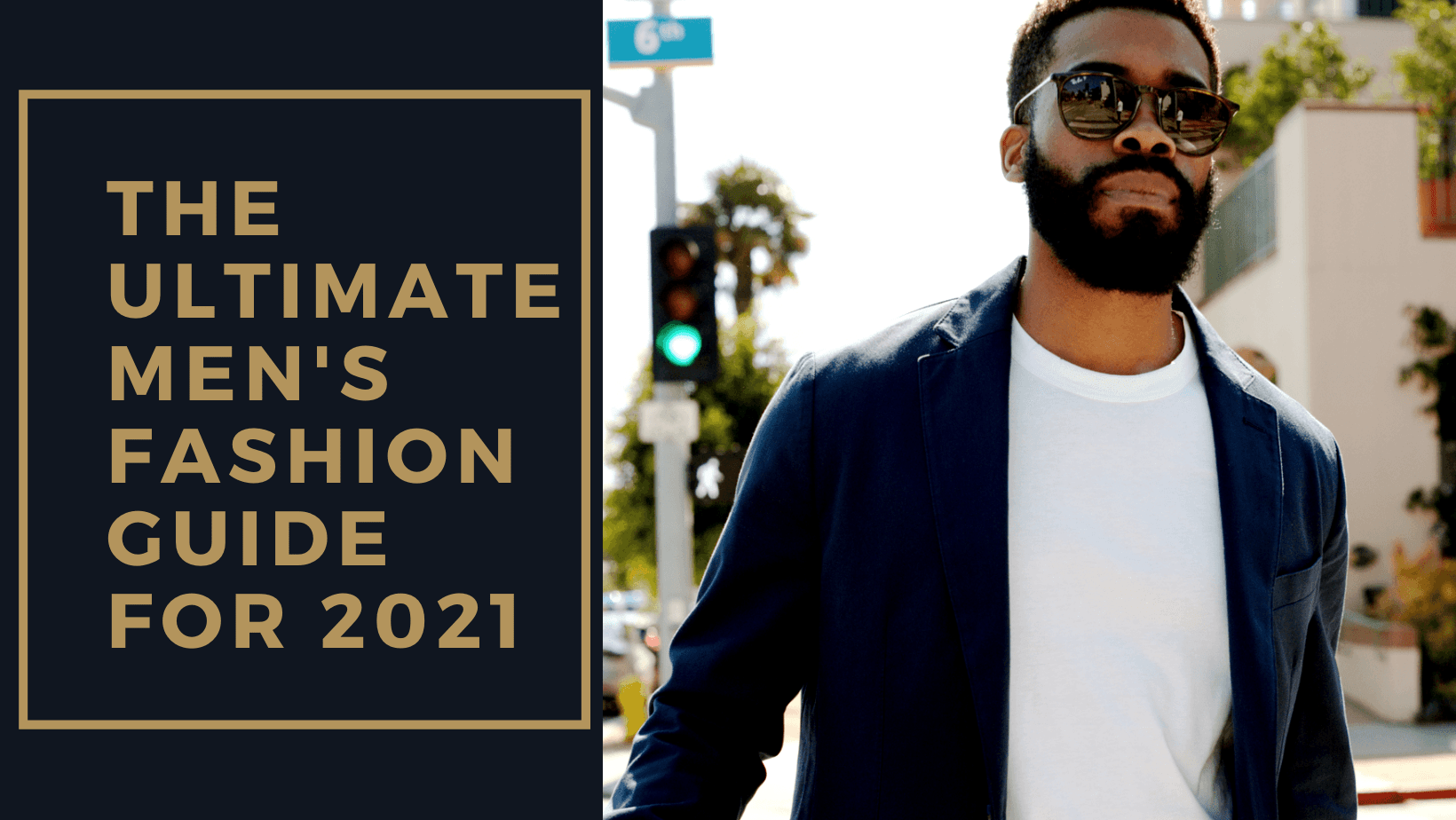 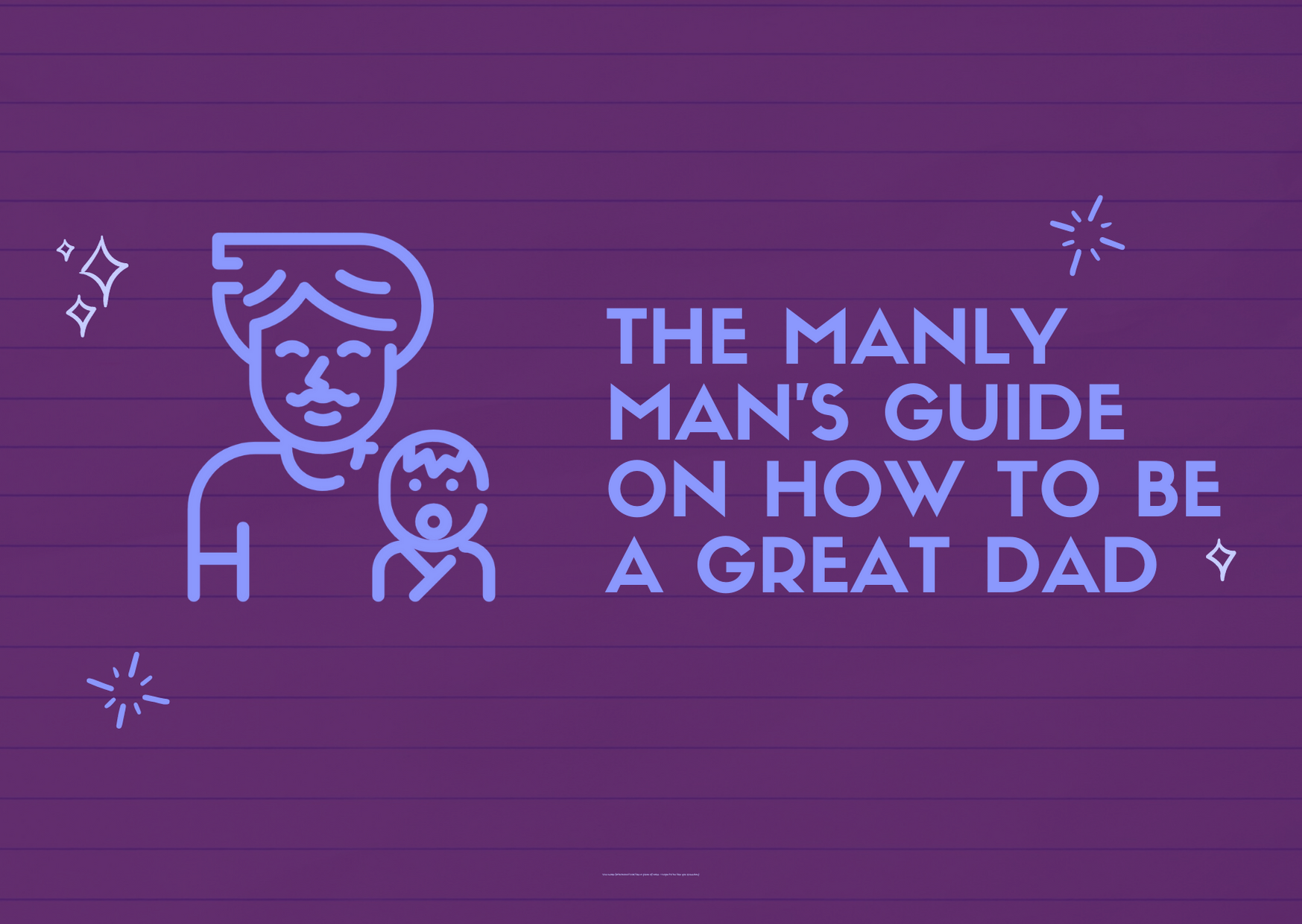 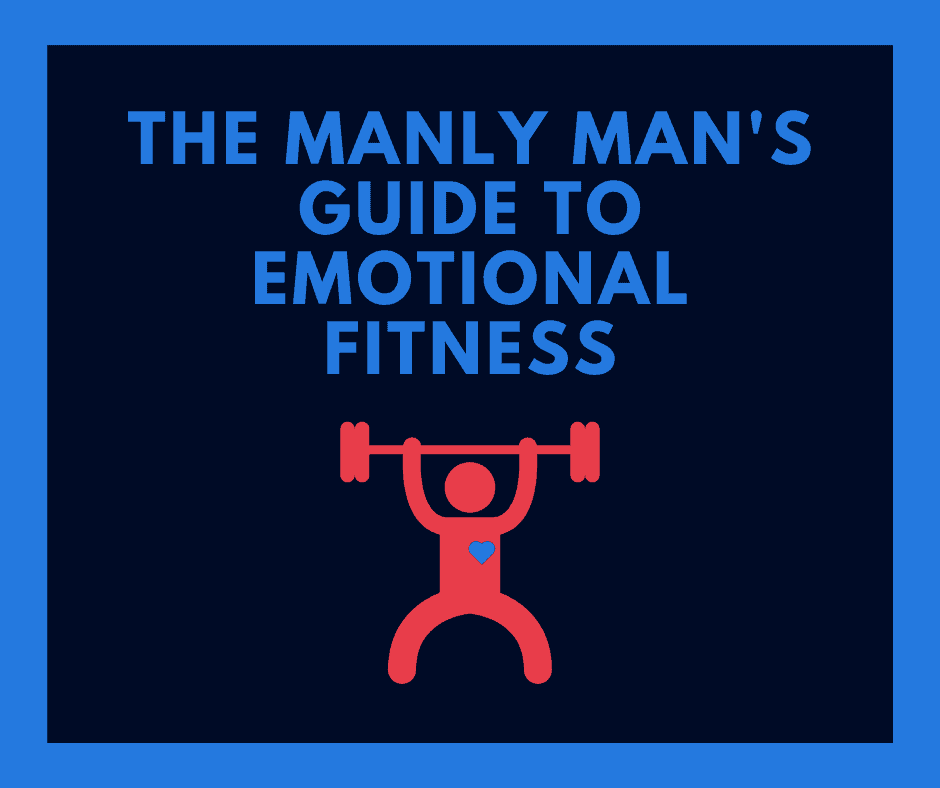 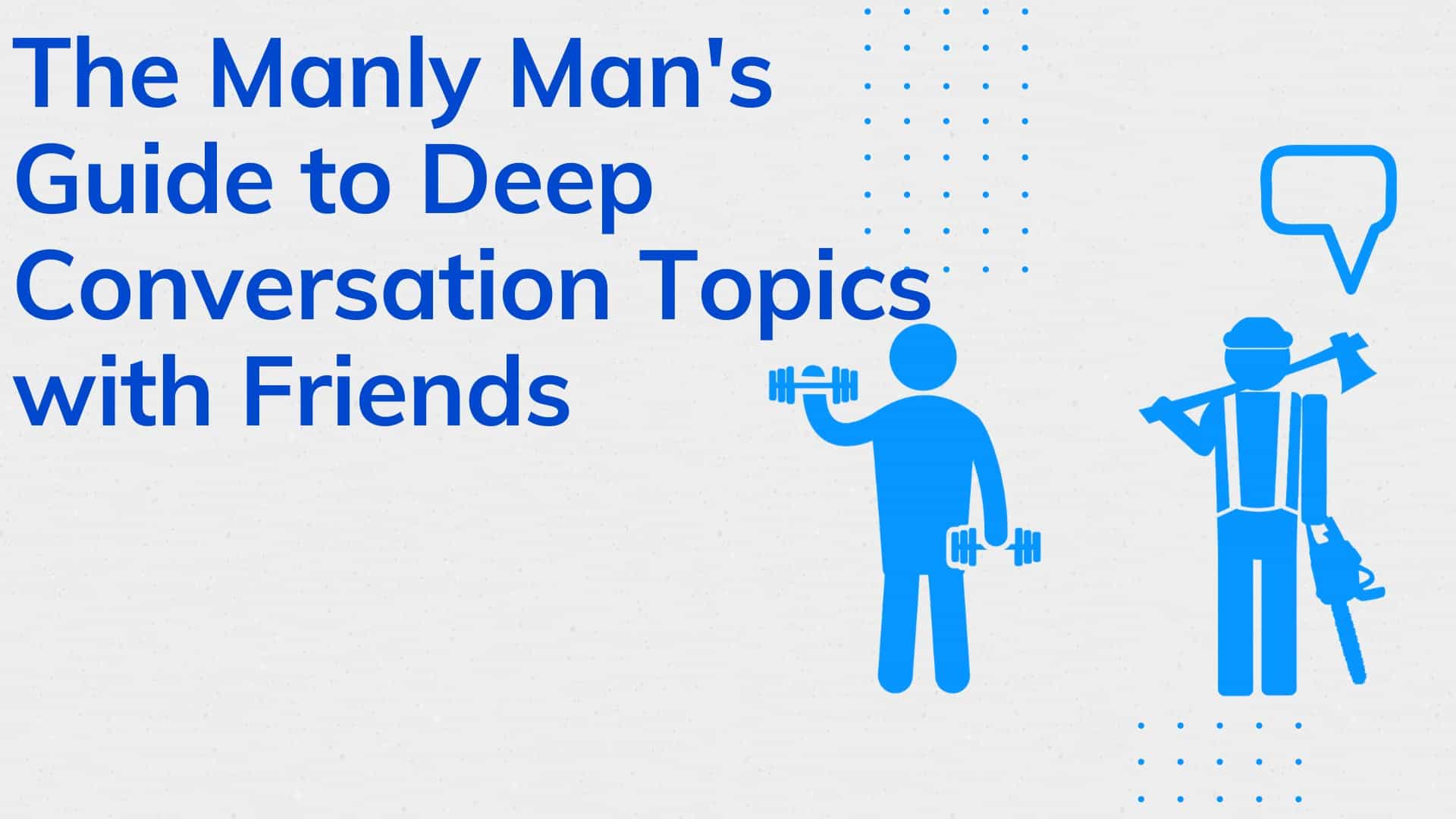 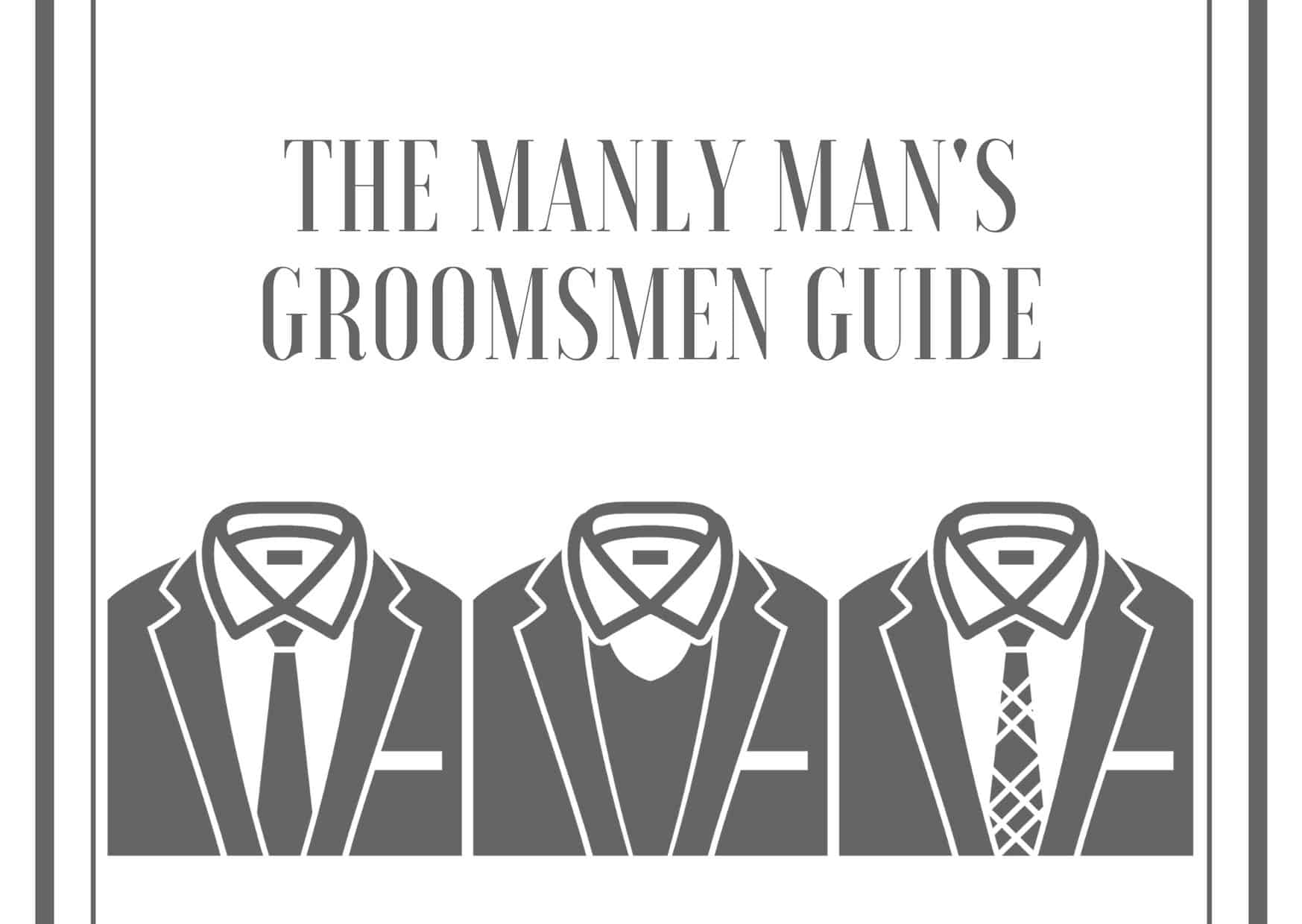 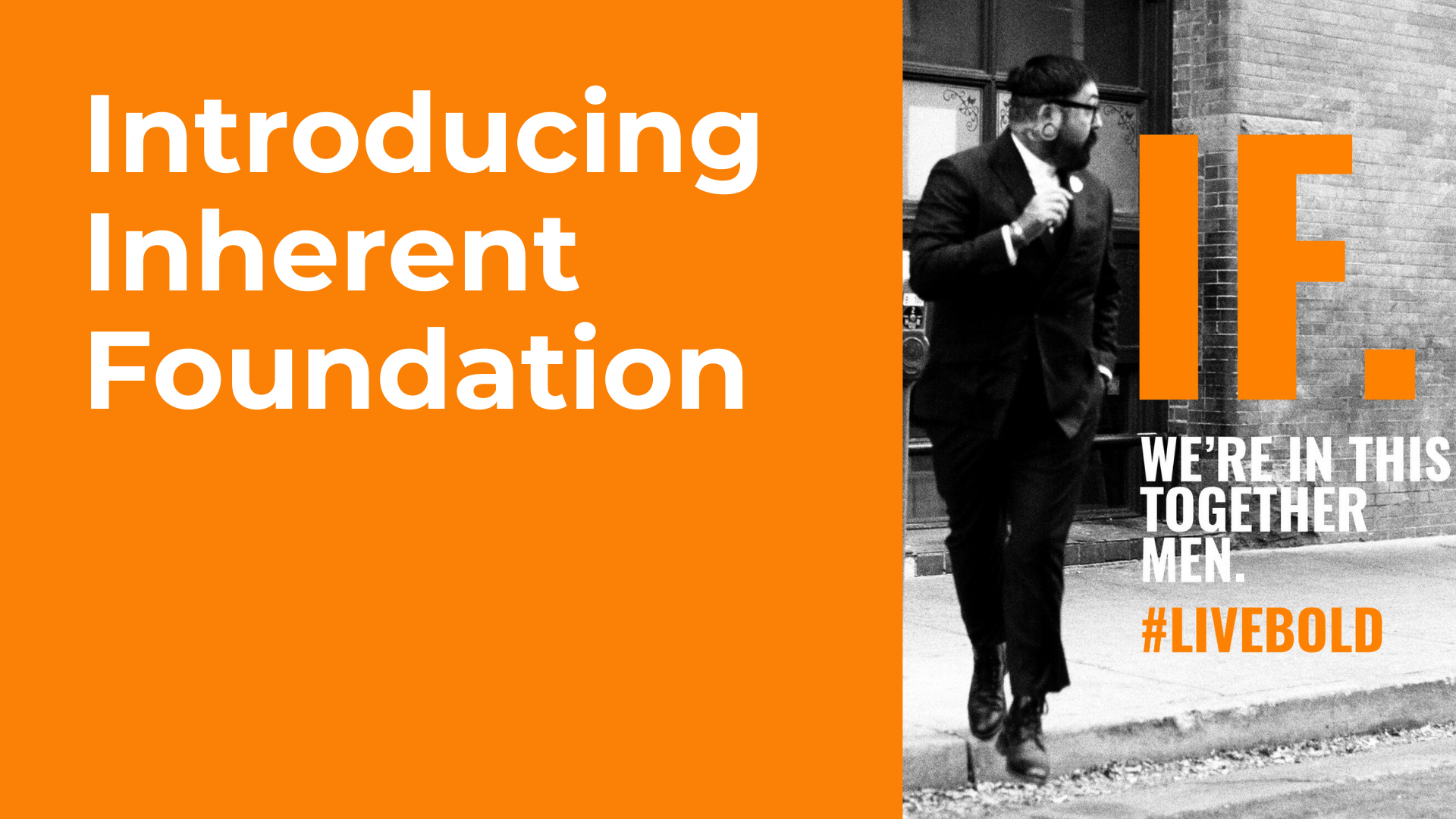 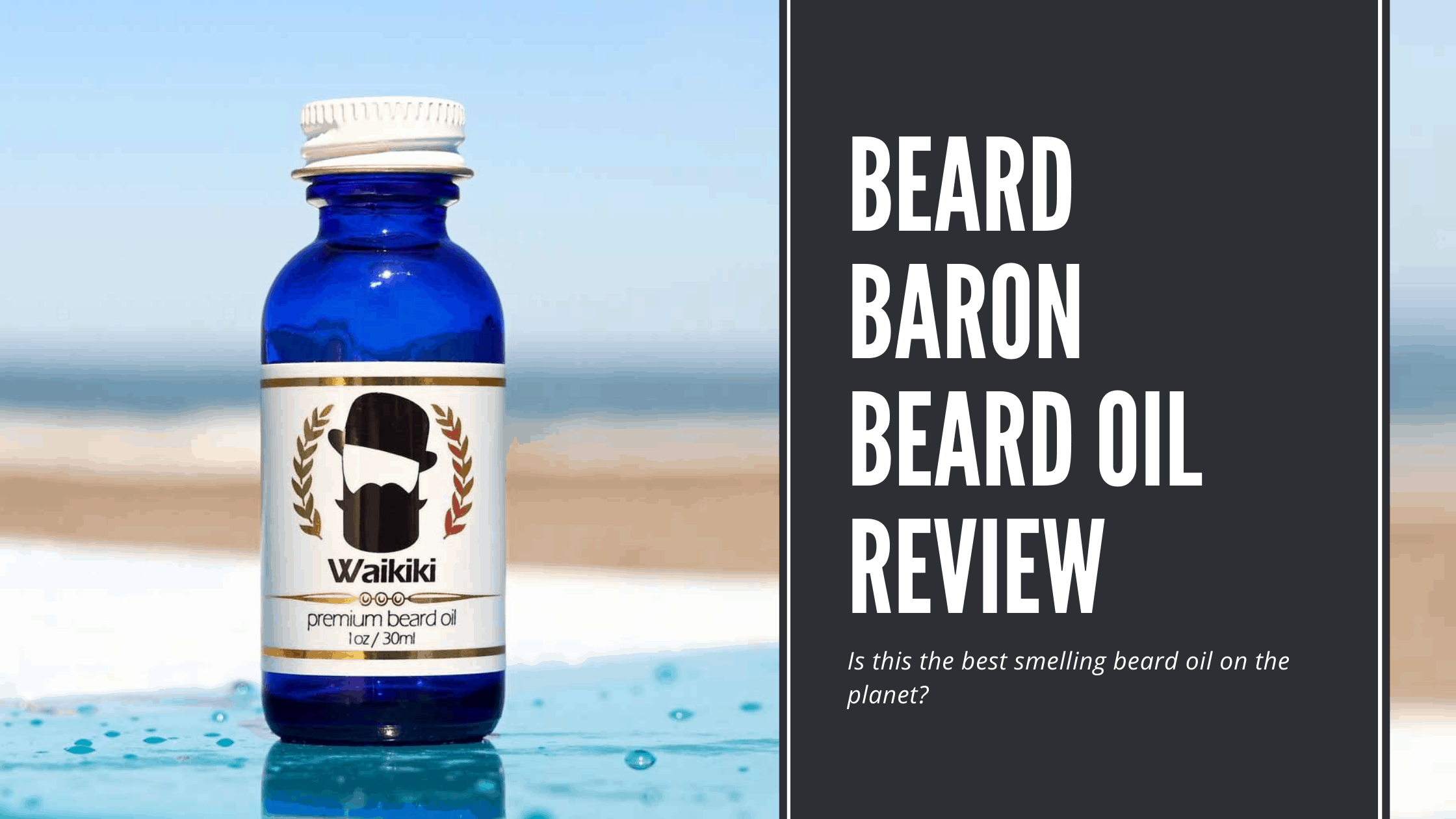 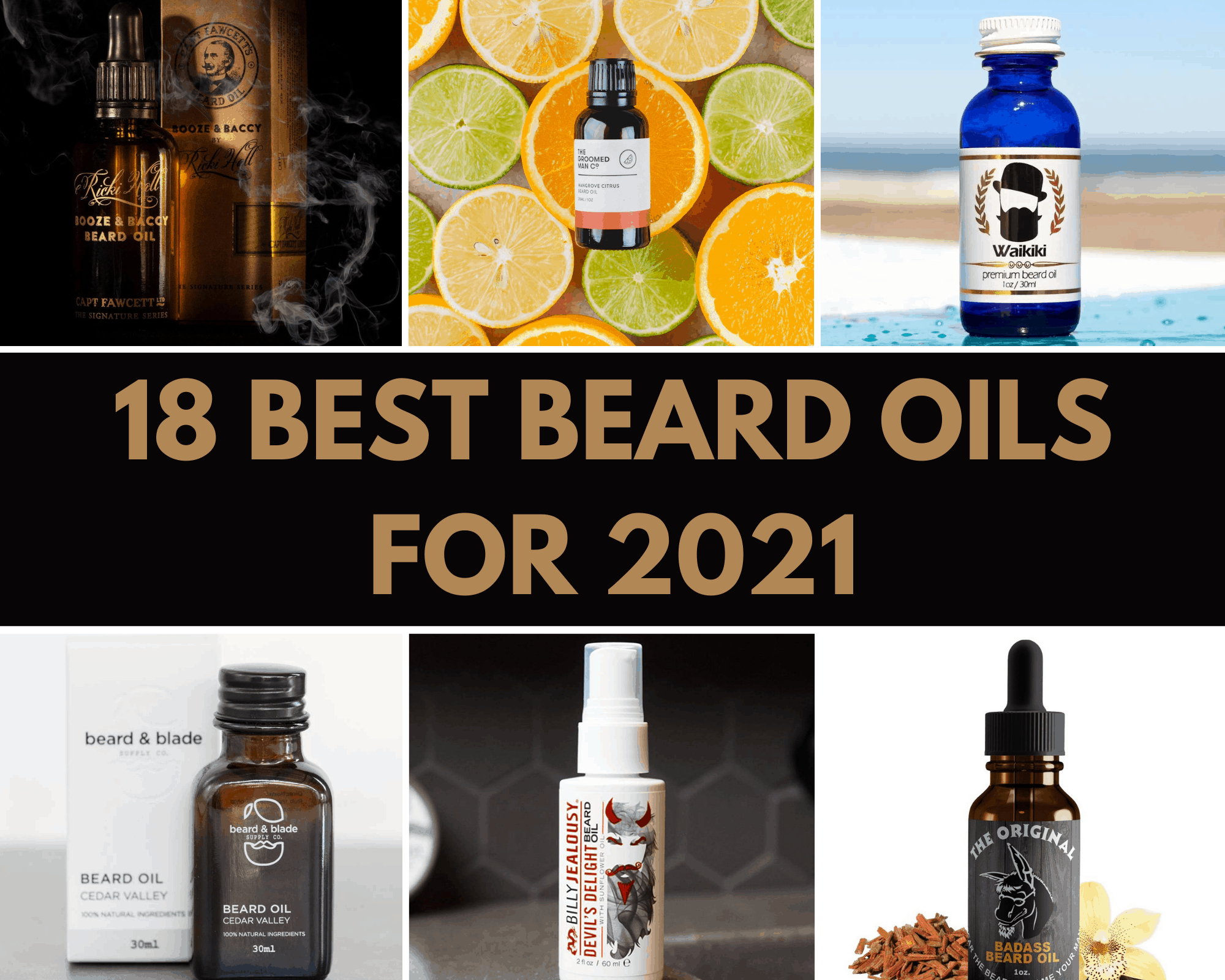 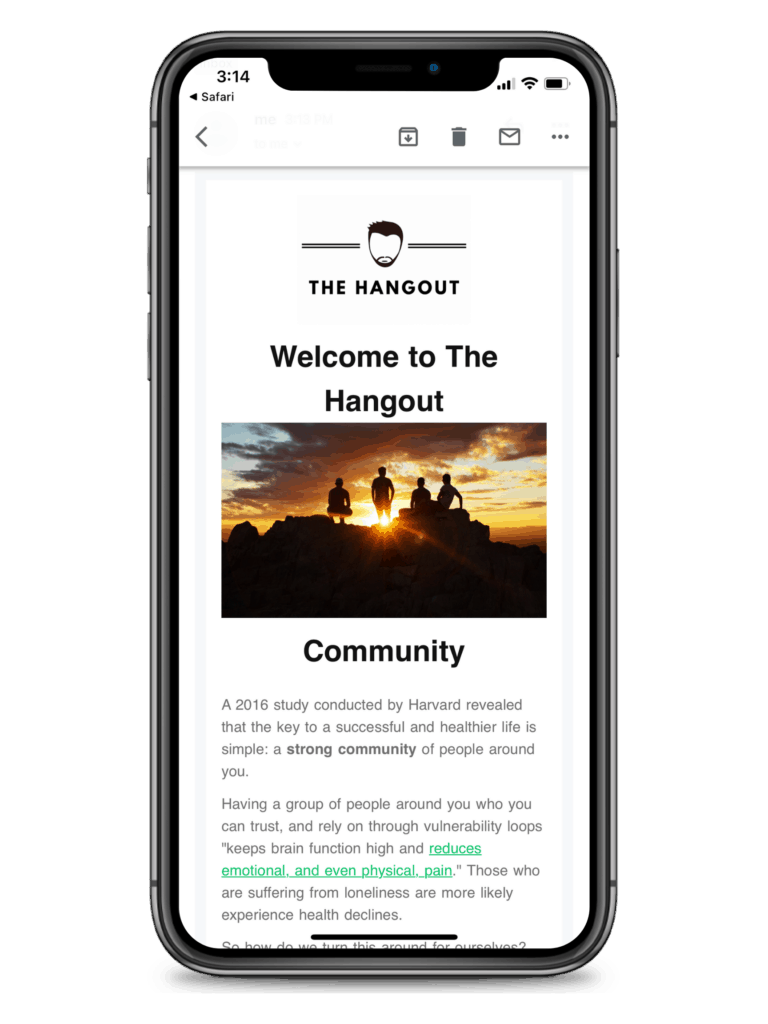